Signs for the times: the mystery of the urchins of Gordons Bay and the case for multi-lingual signs in marine parks and reserves.

We treasure favourite spots along the coast. Surfers at north Narrabeen have long agitated against dune modification and other interventions that affect their prized point break. Elsewhere volunteers pull invasive bitou bush from dunes. This collective consciousness has been apparent since 1972 when the first marine protected area was created in NSW.

One of these, the Bronte–Coogee Aquatic Reserve, includes Gordons Bay, near Clovelly in Sydney’s eastern suburbs. There locals are proud of the blue gropers which inhabit the easily snorkelled water.

But recently they have become concerned about the apparent demise of common sea-urchins (Heliocidaris erythogramma). The departure of the urchins is linked to the presence of a type of green microalgae (referred to strangely as ‘black algae’) and the two are apparent evidence of an ecosystem out of balance. Careless snorkelers are blamed for crushing the creatures as they walk out to deeper water and, as urchins eat algae, it would seem to follow that the algae is blooming in the absence of grazers.

However, recent Daily Telegraph articles (3 Feb 2014 and 14 Feb 2014) make the somewhat misleading distinction between marine algae and seaweed, talking about the former coating the latter because urchins are no longer eating the algae. Seaweed - kelp, strap weed etc - and algae are one and the same. Urchins eat algae such as kelp and can themselves be responsible for creating rocky barrens. Their population can rise and fall and rise again as food sources are depleted and recover.

It may be that the proliferating algae is a different type not eaten by urchins and the spread is caused by something else – possibly an overabundance of nutrient from run-off. There is a suggestion that spoil dumped after the recent dredging of Botany Bay may be affecting marine life.

Far more than any terrestrial environment, marine systems are in flux. It will be interesting to see what transpires at Clovelly and who, or what, is to blame for the absent urchins.

Elsewhere around Sydney, it is ‘collecting’ that is the concern. Long Reef, near Collaroy on the city’s northern beaches, has been an aquatic reserve since 1980. The taking or killing of invertebrate marine life is forbidden – as indeed it is at Gordons Bay. Yet people still occasionally wander out with buckets and take shellfish, presumably for personal consumption.

Australians have a long history of collecting seafood. For thousands of years Aboriginal people gathered shellfish, congevoi, urchins etc, as a mainstay of their diet. The Anglo-Australians who gradually colonised the coast from the late 1800s undoubtedly had a more restricted taste. Congevoi was just used as fish bait, but they too gathered rock oysters where ever they were found right up into the 20th century. Possibly the small groups of Chinese fishers who established camps at Port Stephens and elsewhere were more adventurous.

(For many years collecting for curiosity’s sake was also a popular past-time. Indeed the 1952 classic Australian Seashores, written by William Dakin, Isobel Bennett and Elizabeth Pope, included a section on ‘how and where to collect’ and some advice on how to kill the specimens one retrieved)

As terrestrial hunting has become marginal and contested, the sea and coast provide us with our last wild harvest. Most obviously this occurs with fishing, but crabbing and the trapping of lobsters are still ‘traditional’ features of many ‘Aussie’ summer holidays.

In recent years other groups have brought their own traditions. It is not unusual to see people from Asia and the South Pacific – immigrants or possibly tourists - picking over rock pools and platforms; just as the Chinese fishermen of Port Stephens almost certainly did in the late 1800s. In most cases this is entirely legal. There is a wide range of sea life that can be taken, even in habitat protection zones; from urchins to periwinkles to turban shells.

Information about collecting is freely available on the internet and there are sometimes signs on site – though strangely I couldn’t see one at the northern end of Long Reef when I visited last week. But surely it makes sense to have information out there that is multi-lingual and easy to absorb. Signs such as that at Port Stephens (picture taken in 2011) are great but the information is complex and for those who aren’t proficient reading English, this is daunting and, I suspect, disregarded. 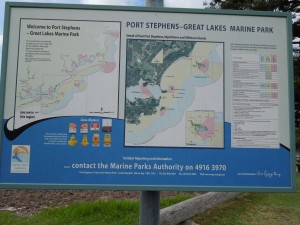 Multi-lingual signs, I would suggest, may even give ‘non-Anglo’ groups some sense of owning the issue of collecting – or at least sharing the responsibility for managing it. It seems better to inform than blame. Small signs, perhaps with symbols, could be placed nearer sanctuary zones. These can be referred to quickly by others who might be concerned at what seems like illegal collecting. Fears, indeed, may be allayed.

And in those areas where clumsy and careless snorkellers are known to be treading on urchins, simple signs can specifically address that.

Below is a link to Undertow Nicole Steinke’s wonderful ABC Radio National documentary on our many relationships to the coast.